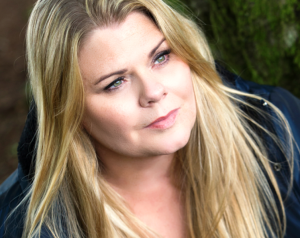 Australian soprano Miranda Keys studied for her music degree at the Guildhall School Of Music in London. She completed the opera course at the Royal College of Music where she held the President Emerita Scholarship, the most prestigious scholarship the college can confer. She completed her studies at the National Opera Studio. She won the 2006 Wagner Society Bayreuth Bursary and the 2005 John Scott Award from Scottish Opera and was a main prize and song prize finalist in the BBC Cardiff Singer of the World in 2007.

She has sung 3rd Norn in Götterdämmerung under Sir Simon Rattle (in Aix and Salzburg), Sir Mark Elder (for the Halle orchestra, recorded on the Halle label), Ed Spanjaard (Reisopera), and Donald Runnicles (BBC Proms). Gerhilde in Die Walküre for the Halle conducted by Sir Mark Elder and released on the Halle label (Manchester International Festival), Aufseherin in Elektra (Rome and Bari), Fidelio conducted by Gianandrea Noseda (Turin).

Recent highlights include Elektra at Opera National de Paris conducted by Philippe Jordan and at the BBC Proms conducted by Semyon Bychkov, Marianne Leitzmetzerin at Glyndebourne Festival Opera and the BBC Proms conducted by Robin Ticciati, Miss Jessel for Glyndebourne on Tour, Lady Billows for Bayerische Staatsoper and her Covent Garden Royal Opera debut as Marianne in Der Rosenkavalier in a new production by Robert Carsen, a role she'll sing again in Munich with Kirill Petrenko. She'll sing a new production of Greek by Turnage at the Bayerische Staatsoper, and come back to Covent Garden in Lady Macbeth of Mcensk.