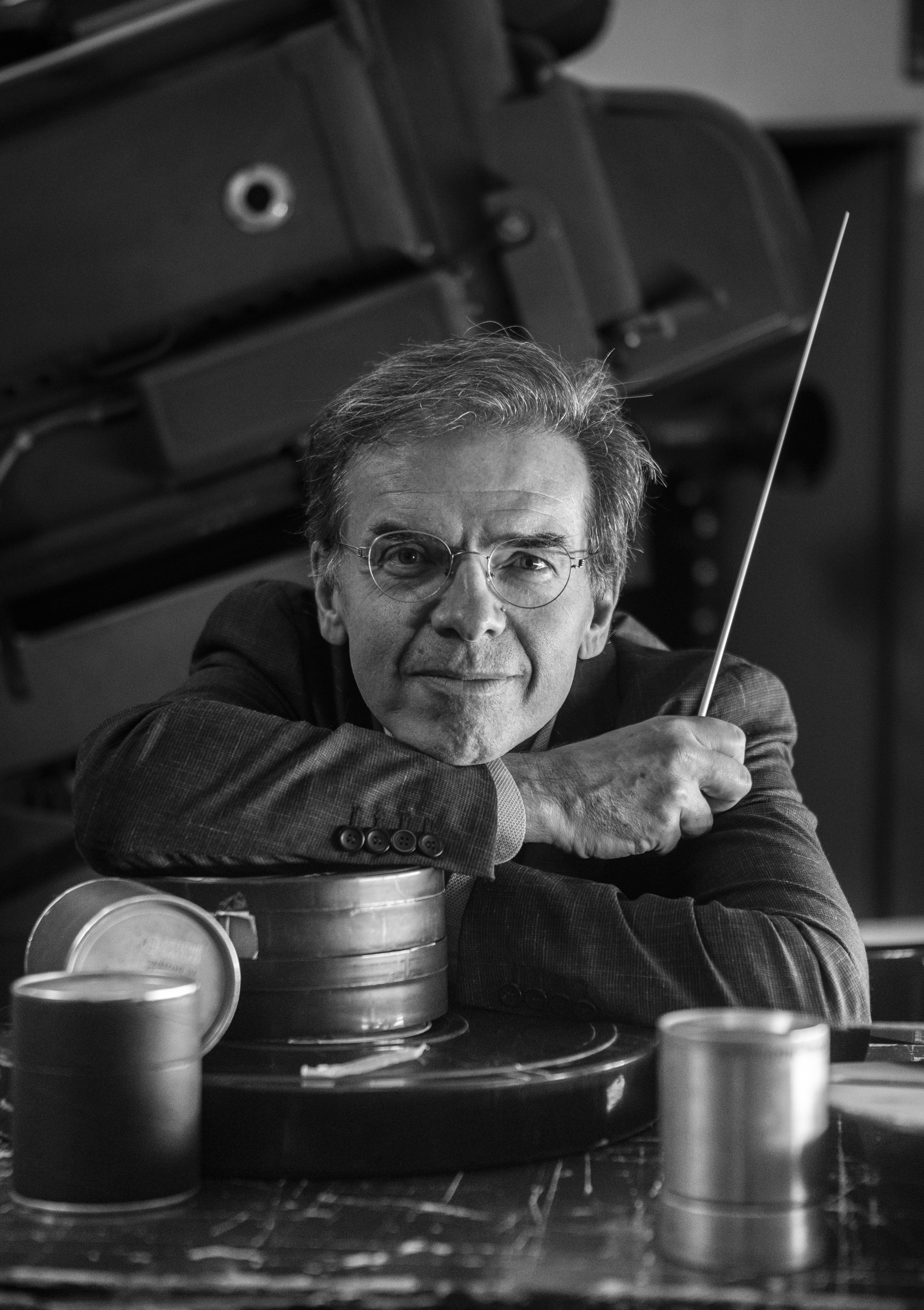 After a piano and composition degree, Giuseppe Grazioli learnt orchestral conducting with Gianluigi Gelmetti, Leopold Hager, Franco Ferrara, Peter Maag and Leonard Bernstein. He then led the main Italian Orchestras such as Accademia di Santa Cecilia, RAI Orchestra, Orchestra Sinfonica Siciliana, Orchestra Toscanini di Parma, Orchestra Verdi di Milano, and the Orchestras of the opera houses of Bologna, Rome, Trieste, Cagliari and Verona Arena.In 2001, he was invited to La Scala for the closing Concert before its restoration; he then conducted the final of Operalia Competition in Paris (Théâtre du Châtelet) after which Placido Domingo invited him to Washington for Lucia di Lammermoor.

In the summer of 2011 he began recording the complete symphonic works of Rota with the Giuseppe Verdi Symphony Orchestra for DECCA and in 2016 a new CD dedicated to Weill’s L’opera da tre soldi with music by Nino Rota and Fiorenzo Carpi  was released; in 2017 a tribute to Gino Marinuzzi with the Sinfonia in A and the first world recording of the Sicilian Suite.

In April 2019 he was appointed principal conductor of the Opéra de Saint-Etienne.

Among his recent and future engagements: The Barber of Seville and Cenerentola in Florence, Cosi fan tutte at Yale University, Carmen and Nabucco in Québec City, L’opera da tre soldi Opera at the Piccolo Teatro in Milan, Lucia di Lammermoor in Ancona, the debut in Santiago de Chile with La Forza del Destino and Macbeth, at the Lirico di Cagliari with Palla de Mozzi and Cecilia, La Damnation de Faust and Otello in St. Etienne, various concerts with the St. Etienne Orchestra, the Verdi Orchestra etc.