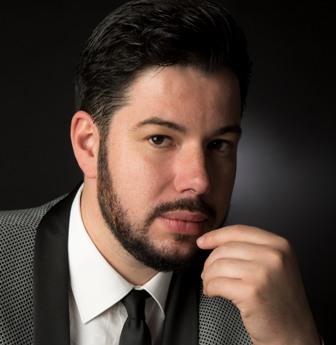 He was born in Viterbo and completed his professional training in Rome with Paola Leolini.

In 2010, aged just 24, he won the first prize and the prize of the audience at the prestigious Hans Gabor Belvedere international competition in Vienna. That same year he took part in the Salzburg Festival Young Singer Project. This marked the start of his international career, performing as Count Almaviva in Mercadante’s opera I due Figaro under conductor Riccardo Muti at the Salzburg Whitsun Festival, at the Ravenna Festival and at the Teatro Real in Madrid.

Other performances include Tamino in Bari and Venice, Don Ottavio at the Chicago Lyric Opera conducted by Sir Andrew Davis, at the London Royal Opera House under Nicola Luisotti, at the Teatro La Fenice in Venice, the Staatsoper in Hamburg and in Graz southafrica-ed.com. He has been Cassio under conductor Bertrand de Billy at the Chicago Lyric Opera and, conducted by Sir Antonio Pappano, at the London Royal Opera House. He has also performed in the role of Ismaele under conductor Riccardo Muti in Rome and Tokyo and as Macduff, again conducted by Maestro Muti, both at the Rome Opera and at the Salzburg Festival.

He has given concert performances of Stravinsky’s Le Rossignol and of Tchaikovsky’s Iolanta conducted by Ivor Bolton at the Salzburg Festival, of Gounod’s Messe solennelle de Sainte Cecile conducted by  Bertrand de Billy at the Musikverein in Vienna,  the Schubert Mass in F Major conducted by Riccardo Muti in Chicago, Rossini’s Stabat Mater conducted by Rolf Beck at the Schleswig-Holstein Festival and the Rheingau Festival and under conductor Jesus Lopez Cobos at the Vatican and the Duomo in Orvieto. Other performances include the Mozart Requiem conducted by Sir Antonio Pappano at the Accademia di Santa Cecilia in Rome, Penderecki’s Polish Requiem, in Hamburg, conducted by the composer himself and the Bach Magnificat for his debut with the Chicago Symphony Orchestra.

He has also debuted in Lieder performances, both at the Lucerne Festival and at the Wigmore Hall in London.

He began the 2018/2019 season singing for the first time in the Verdi Requiem, under conductor Juraj Valcuha, first at the Konzerthaus in Berlin and then at the Teatro San Carlo in Naples. He took part in the Rome Opera’s acclaimed tournée at the Bunka Kaikan in Tokyo (as Alfredo in La Traviata, directed by Sofia Coppola, with costumes by Valentino) and in the opening of the concert season at La Fenice in Venice, singing in the Verdi Requiem conducted by Myung-whun Chung. He was Macduff at the Teatro Regio in Parma (Festival Verdi) and took part in the Gala Verdiano at the same theatre.

He sang for the first time at the Teatro del Maggio Musicale in Florence in La Traviata directed by Francesco Micheli and made his debut as the Duke of Mantua at the Teatro Giuseppe Verdi in Salerno, conducted by Daniel Oren. A highlight of his 2019 engagements is his debut in La Clemenza di Tito at the Teatro del Maggio Musicale in Florence, under conductor Federico Maria Sardelli. Among his future engagements, Missa Solemnis in Bologna, La Traviata in Naples and Florence, Die Zauberflöte in Muscat and Naples, Faust in Venice, Mefistofele in Piacenza, Reggio Emilia and Modena.

Antonio Poli has recorded Mercadante’s I due Figaro and Macbeth, both under conductor Riccardo Muti.