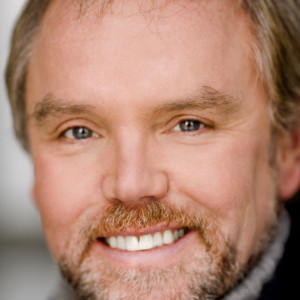 British baritone Anthony Michaels-Moore has distinguished himself as a specialist in Verdi and Puccini roles, renowned for him portrayals of Rigoletto, Scarpia, Falstaff, Iago in Otello, Simon Boccanegra and Germont in La Traviata and is much sought after by the world’s leading opera houses in a celebrated career which spans over 25 years.

Michaels-Moore was the first British winner of the Luciano Pavarotti Competition in 1985.

In 1995 he was honoured with the Royal Philharmonic Society Music Award, the highest recognition for live classical music making in the United Kingdom.

Most recently, Michaels-Moore sang highly acclaimed performances of Falstaff and Iago for Opernhaus Zürich, both under Daniele Gatti, Scarpia for Oper Köln, Sharpless for ROH (with 3D broadcast in cinemas across the UK) and for Opéra National de Paris, Falstaff and I due Foscari for Théatre des Champs Elysées. He has also sung Rigoletto for Opéra de Montréal and ENO, and debuts with Veroza Japan under Seiji Ozawa in Madama Butterfly and with Sugi Opera in Korea as Scarpia. He has also sung in a concert performance of Les Dialogues des Carmelites as Marquis de la Force for La Palau de la Musica, Valencia.

He has appeared at the First Night of the BBC Proms, and has performed with the Royal Concertgebouw Orkest, London Symphony Orchestra, and Wiener Philharmoniker.

Recently he sang Bruckner’s Mass in F minor with the Bavarian Radio Symphony Orchestra and Mahler’s Symphony No. 8 at the Edinburgh International Festival under Donald Runnicles.

Highlights in 2012/13 Season include Don Carlo di Vargas in a new production of La Forza del Destino for Oper Köln, Germont in Peter Kowitschny’s La Traviata for ENO, a return to Korea for Falstaff, Britten’s Curlew River in Rome.

Among his recent and future engagement: Andrea Chenier in Wien, Otello and Falstaff in Zurich with Maestro Gatti, Nabucco in Leipzig, Otello in Pittsburgh, La Traviata in Kansas City and London, CO2 at La Scala, the World Premiere of Cold Mountain in Santa Fe and a new production by Calisto Bieito of La Forza del Destino for ENO.