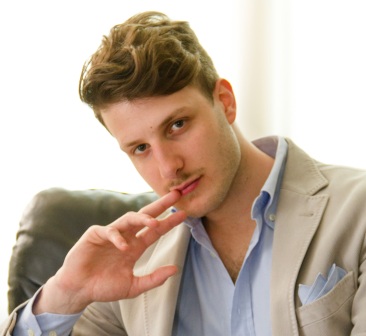 In 2014 as being the youngest winner of the “European Union Competition” in Spoleto/Italy he debuted with the role of Schaunard in La Bohème, while he was attending Spoleto’s Festival of Two World Academy. In 2016 he  joined the ensemble of Accademia del Maggio Musicale Fiorentino where he perfected his studies under the tutelage of Gianni Tangucci.

In 2016 after receiving a prize for “Young Male Talent” he participated in the art project “Ising Beijing” and he had the chance with an international cast to tour and perform in the cities of Sou-Zhou, Shanghai and Beijing. On January 2018 he won the Mercedes Viñas Prize at the “Francesco Viñas” Competition in Barcellona.

Among his recent and future engagements: “Acquagranda” at  La Fenice, “Il barbiere di Siviglia”, “Don Carlo” and “La Traviata” at Maggio Musicale Fiorentino, “Rigoletto” in Verona and in Bari, “La Bohème” in a Japanese tournée, “La fanciulla del West” at the Teatro San Carlo, “Edipo re” (Leoncavallo) at the Teatro Verdi di Pisa and “Carmen” in Ancona and in the new production at the Sferisterio Opera Festival, “Pietro il Grande” in Bergamo, “La Bohème” in Turin, “Don Giovanni” in Malta and in Macerata, “Le songe d’une nuit d’été” at Wexford Festival and “Il barbiere di Siviglia” in Palermo and Paris.