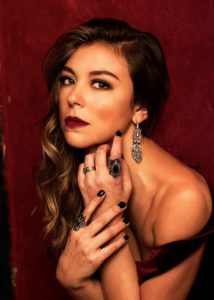 Acclaimed by the New York Times as “an outstanding actress, as well as a singer of extraordinary grace and finesse,” the American soprano Corinne Winters graduated from the prestigious Academy of Vocal Arts in Philadelphia. After receiving numerous awards from prestigious US institutions and establishing herself in important international competitions, she began to perform in her country to continue her debuts in Europe.

La traviata holds a particular place in her repertoire: her interpretation of Violetta, which she brought to the stage in various productions from the Royal Opera House Covent Garden to the English National Opera, from Theater Basel to Opera Australia, San Diego, Seattle, Wolf Trap, Detroit, Ottawa and Hong Kong, was defined by The Guardian “a wonderful combination of feistiness and fragility, sung with unflagging intensity.”

Among her recent and future engagements: Fiordiligi in Così fan tutte (ROH in London and Orchestra di Santa Cecilia in Rome), Mélisande in Pelléas et Mélisande (Zürich, Saint Louis), Mimì in La bohème (ENO, Washington, Arizona Opera), Juliette in Roméo et Juliette (Arizona Opera), Alice in Falstaff (Birmingham Symphony Orchestra) and Soong Ching-ling in the American premiere of Dr. Sun Yat-sen (Santa Fe Opera); her debuts as the main role in Katya Kabanova in  Seattle, Desdemona in Otello ad Antwerpen, Tatyana in Eugene Onegin at Arizona Opera and at  Detroit, Magda in La rondine in Saint Louis and Liù in Turandot with l’Orchestra Bolívar conducted by Gustavo Dudamel, a European tour of  Monteverdi Choir and Orchestra with Verdi Requiem conducted by Sir John Eliot Gardiner, her debuts as  Rachel in La Juive in Antwerpen and as Leïla in Les pêcheurs de perles for her return in Santa Fe Festival, Les nuits d’été  with Borusan Istanbul Philharmonic Orchestra, her return in London with Rusalka, role that she will also debut in Luxembourg, in USA with Eugene Onegin and the IX Symphony of Beethoven, La traviata in Köln, in Frankfurt as Iolanta  and future title role debuts at the Grand Theatre de Geneve and at the Theater an der Wien. 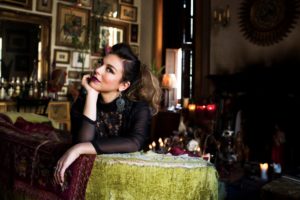