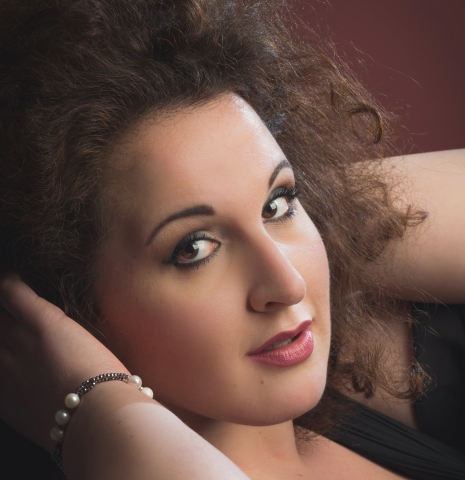 Born in Capua (Caserta) in 1991, Clarissa Costanzo graduated with a special mention at the Conservatory of San Pietro a Majella in Naples. under Emma Innacoli.

In May 2013, she sings Madame Lidoine in Dialogues of the Carmelites at the Conservatorio San Pietro a Majella, in cooperation with Teatro San Carlo in Naples.

In 2014 she makes her debut as Aida in the project of As.Li.co Operadomani: Aida: Love is courage, at Teatro Sociale in Como, Teatro Ponchielli in Cremona, Teatro degli Arcimboldi in Milan, Teatro Verdi in Pordenone, Teatro Comunale in Bolzano for a total of 50 performances. She attends Masterclass with Mietta Sighele and Bruno Praticò.

In 2015/2016 she is Suzel in L’Amico Fritz, directed by Leo Nucci and conducted by Donato Renzetti in Piacenza, Ravenna and Modena.

She wins the role of Suor Angelica at the International Opera Competition “Ottavio Ziino” 2015, and makes her debut at Teatro San Carlo as Clotilde in Norma conducted by Nello Santi.

Her 2016/17 Season begins with her debut as Amelia in Un ballo in maschera in Piacenza, Ravenna and Ferrara acheter kamagra oral jelly en ligne. She also takes part at the Gala Avrò dunque sognato! to celebrate 50 years of Leo Nucci’s career.

Recently she makes her debut at the Bregenzer Festspiele with Mosè in Egitto, as Amelia in Simon Boccanegra in Piacenza and Ravenna, as Matilde in Guglielmo Tell in Como, Pavia and Bergamo and she sang the Silvester Gala in Florence with the Orchestra della Toscana.