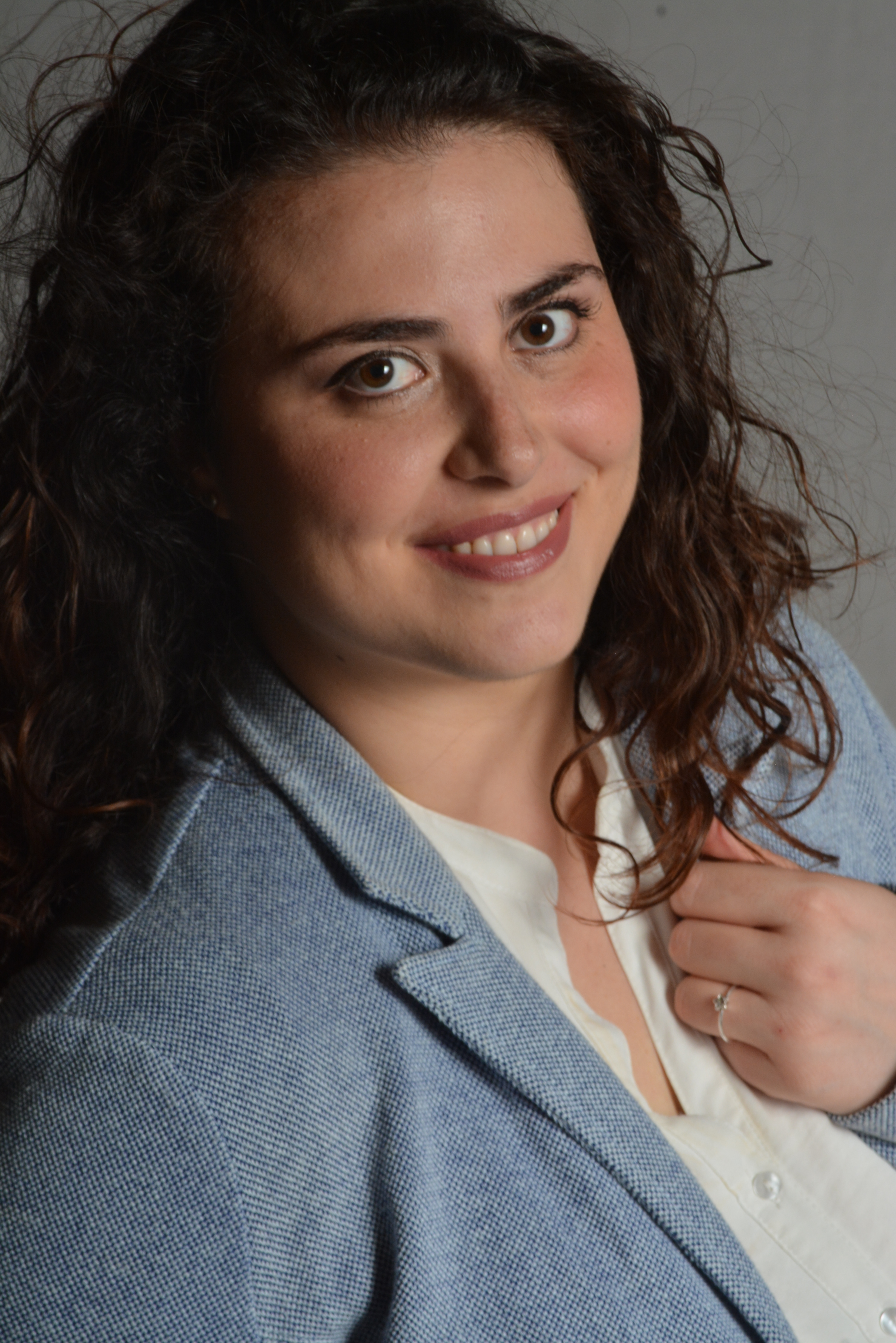 Roberta Mantegna was born in Palermo in 1988; from the age of 8 she takes part at the seasons of the Teatro Massimo in the children’s choir.

She graduated in piano in 2009 and in opera singing in 2010 at the Conservatory “V. Bellini” in Palermo. She gets the two years of opera singing training at the “N. Piccinni” Conservatory in Bari in 2015, in the same time she studies with Dimitra Theodossiou and Renata Scotto at the Accademia of Santa Cecilia in Rome.

Between 2013 and 2015 she’s in the Chorus of Teatro Petruzzelli in Bari, and she then sings Die Aufseherin in Elektra, conducted by J. Nott.

In July 2015 she sang in Medea in Corinto by G. Simon Mayr at the Festival of Valle d’Itria under Fabio Luisi.

She has been a member of “Fabbrica”, the Young Artist Program at Teatro dell’Opera in Rome.

Recent and future engagements: I Masnadieri (Amalia) in Montecarlo and at the Palau de les Arts Reina Sofia de Valencia Il Corsaro (Gulnara) in Piacenza and Modena, Il Pirata (Imogene) at La Scala and in Genève, Le Trouvère (Leonore) at the Festival Verdi of Parma, La Bohème  (Mimì) in Palermo, Aida (Aida) at La Fenice of Venice, Ecuba (Polissena) at the Festival della Valle d’Itria in Martina Franca and Don Carlo (Elisabetta di Valois) at the Teatro Real of Madrid, Les Vêpres  siciliennes (conducted by Daniele Gatti) and Luisa Miller at the Opera di Roma, Falstaff in Palermo and Reggio Emilia, Roberto Devereux and Aida in Venice, Il Trovatore in Leipzig, Macerata and Venice, Aroldo in Rimini, Piacenza and Modena.