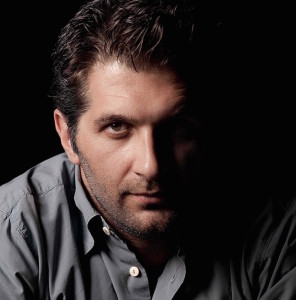 He has staged a lot of shows, including: Il viaggio di Alice by Evelina Santangelo for the Festival Palermo di Scena, Solitudine by Beppe Fenoglio, played by Beppe Rosso at the Teatro Sociale of Alba, La 12ª Notte by William Shakespeare at Cortile Platamone in Catania, Terra dei miracoli his text was staged at the Teatro Franco Parenti in Milan and Rosso Malpelo, an dramatization of Verga’s work at Teatro Arsenale in Milan.

From 2005 to 2008 he was artistic director of the company Leart’-Teatro with which he realized his PROGETTO RI-SCRITTURE staging Romeo & Giulietta / NATI SOTTO CONTRARIA STELLA based on Shakespeare, Casa di bambola / L’ALTRA NORA based on Ibsen and Gabbiano / IL VOLO based on Chekov. In June 2007 the National Association of Theatre Critics assigns CRITICS AWARD 2007 as Best Director.

Then he directed and designed the sets for Aria Precaria, the last show of comedians Ale & Franz, was performed at Teatro Smeraldo in Milan, Tutto su mia madre of Samuel Adamson, dased on Pedro Almodovar’s film, producted by Teatro due of Parma and Teatro Stabile del Veneto, Moliére a sua insaputa his drama from Moliére with Paolo Hendel, Due di noi of Michael Frayn with Lunetta Savino and Emilio Solfrizzi, Troiane of Euripide, Commedia degli errori of Shakespeare with Peppe Barra at Estate Teatrale Veronese.

In November 2009 he made his debut as Opera director: he staged at the Teatro Ponchielli in Cremona a diptych composed of La voix humaine by Cocteau/Poulenc and I Pagliacci by Leoncavallo, produced by Opera Circuito Lombardo, then he has staged La Bohéme in Macerata, La fuga in maschera a co-production of Festival Pergolesi-Spontini of Jesi and Teatro San Carlo in Naples, Nabucco in Cagliari and Sassari.

He won The Premio Abbiati as Best Stage Director of the season 2012.

Among his recent and future engagements: I masnadiari at Verdi Festival in Parma, L’africaine at La Fenice, Nabucco and Il Campiello at Teatro Comunale in Florence and Trieste Rigoletto in Rome, La Bohème in Macerata and Brescia, Le Braci in Florence, Un Ballo in maschera in Malmo and Rome, La bella dormiente nel bosco in Cagliari, I masnadieri again in Bilbao and in Monte Carlo, Nabucco in Athens, Tosca and Rigoletto at San Carlo in Naples, Carmen at Maggio Musicale in Florence, Agnese in Turin, I due Foscari at Verdi Festival in Parma and again Nabucco in Turin.