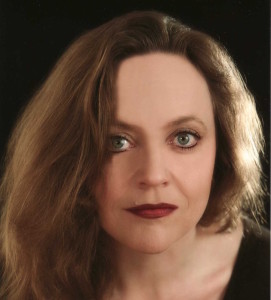 Evelyn Herlitzius studied at the Hochschule für Musik und Theater in Hamburg and had her first engagements in Flensburg, Saarbrücken and Karlsruhe.

Since her debut at the Dresden State Opera in 1997 as Leonore in Fidelio, she has been regularly invited back, interpreting Elisabeth and Venus in Tannhäuser, the title roles in Jenufa and Salome, Kundry in Parsifal, Färberin in Die Frau ohne Schatten and Jeanne in Die Teufel von Loudon. She has performed with all the major opera companies throughout Europe and Japan, including Berlin, Hamburg, Stuttgart and Vienna State Operas, the Deutsche Oper Berlin (complete Ring Cycle in 2010), De Nederlandse Opera, Teatro alla Scala in Milan (Lady Macbeth of Mtsensk/Katerina Izmaylova and Wozzeck/Marie), Gran Teatre del Liceu in Barcelona (Die Walküre/Brünnhilde opposite Plácido Domingo and Parsifal/Kundry in 2011) and Teatro de la Maestranza in Seville, to name but a few.

Recently she sang Turandot in Rome.

She also enjoys a busy concert career. Sir Simon Rattle engaged her for Schönberg’s Erwartung with the Berlin Philharmonic Orchestra for concerts in Berlin and New York in 2009 and for Die Walküre (Brünnhilde) in 2012. Pierre Boulez invited her to sing the Glagolitic Mass with the Vienna Philharmonic Orchestra in March 2010. She also held her first Lied recital in 2011 at the Dresden Semperoper.

After her debut at the Bayreuth Festival in 2002 as Brünnhilde, Ms. Herlitzius was invited back for: Ring Cycle in 2003 and 2004; Parsifal (Kundry) in 2006 and 2007; and a new production of Lohengrin (Ortrud) in 2010 schweiz-libido.com/. She also performed in a new production of Die Frau ohne Schatten (Färberin) at the 2011 Salzburg Festival.

Ms. Herlitzius was awarded, among others, the title of Kammersängerin in 2002, Christel-Goltz Prize in 1999 and the Deutsche Theaterpreis Faust in 2006.

Among her recent and future engagements: Tristan und Isolde in Essen, Turandot in Rome, Elektra at La Scala, in Dresda, in Münich, in Zürich and Berlin, Die Walküre and Götterdämmerung in Berlin