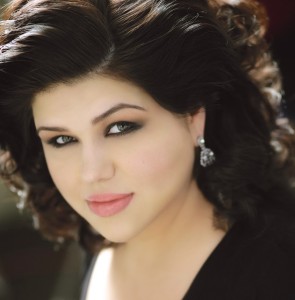 Described by the New York Times as possessing an “agile coloratura technique and a feeling for the Italianate style… with warmth, full penetrating sound and tenderness” American soprano Leah Crocetto continues to astonish audiences with her moving portrayals of opera’s greatest heroines.

In the past season, Ms. Crocetto returns to Seattle Opera as Leonora in Il trovatore. She sings her first performance of Bellini’s Norma in concert with North Carolina Opera, and makes her debut at Carnegie Hall’s Weill Hall in recital with pianist Mark Markham, with additional performances in Washington, D.C. and Easton, Pennsylvania. Ms. Crocetto makes her Australian debut with the Melbourne Symphony Orchestra as the soprano soloist in Verdi’s Requiem, and with the Los Angeles Philharmonic she sings Soprano II in Mahler’s epic Symphony No. 8 “Symphony of a Thousand, under the baton of Gustavo Dudamel.

In the season 2017-18, Ms. Crocetto performed the title role in Aida firstwith Washington National Opera, and subsequently with Seattle Opera. She sang Leonora in Il trovatore with Oper Frankfurt, returned to San Francisco Opera as Liù in Turandot and performed the title role of Tosca with Pittsburgh Opera. In concert, she sang Verdi’s Requiem with the National Symphony and the NTR Symphony, and performed a solo recital in Ann Arbor.

Ms. Crocetto sang her debut performances as the title role in Aida with the San Francisco Opera in the 2016-2017 season. Also in this season, she made her role debut as Leonora in the first US performances of Donizetti’s L’assedio di Calais with the Glimmerglass Festival. On the concert stage, she performed Bachianas Brasileiras No. 5 with the Chamber Music Society of Lincoln Center at Alice Tully Hall and sang a solo recital in her hometown of Adrian, Michigan.

Ms.Crocetto made her Metropolitan Opera debut in the 2015-2016 season as Liù in Turandot. She also made her role debut as the titular character in Rossini’s seldom performed Semiramide with Opera National de Bordeaux. Additional highlights of the season included Anna in Maometto II with the Canadian Opera Company, Luisa Miller in San Francisco, and Donna Anna in Don Giovanni with Santa Fe Opera. She made her New York City recital debut at Pace University with pianist Martin Katz, and performed a solo recital under the auspices of Washington National Opera with pianist Mark Markham at the John F. Kennedy Center.

In the 2014-15 season, Ms. Crocetto performed Desdemona in Otello with English National Opera, followed by performances of Mimì in La Bohème with San Francisco Opera, and Madame Lidoine in Poulenc’s Dialogues of the Carmelites with Washington National Opera. Her season concluded singing Elisabetta di Valois in a new production of Don Carlo with Opera Philadelphia.

Leah Crocetto began the 2013-2014 season singing a concert of sacred pieces by Verdi with Orchestre National de France under the direction of Daniele Gatti. She returned to Opera de Bordeaux to sing Desdemona in Otello, and returned to Frankfurt Opera for her first performances of Alice Ford in Falstaff. She made her debut with Pittsburgh Opera singing her first performances of Mimì in La bohème and joined Houston Grand Opera as Female Chorus in The Rape of Lucretia. Her concert engagements took her to the Mondavi Center for the Performing Arts in Davis, California, the Green Music Center in Sonoma, California and the Speed Museum in Louisville, Kentucky. She sang Verdi’s Requiem with San Francisco Opera and with the Radio Orchestra of Saarbrücken, Germany, and sang Handel’s Messiah with the National Symphony Orchestra at the Kennedy Center.

Very much at home in the Italian operatic repertoire of Verdi and Puccini, Leah Crocetto made her European debut as Leonora in Il trovatore with Opéra National de Bordeaux, followed by debuts at the Arena di Verona and North Carolina Opera. She sang her first performances in Venice as Desdemona in Otello at Teatro la Fenice. She reprised the role with the company in their tour of Japan, as well as with Frankfurt Opera in her company debut. She has debuted with the Israeli Opera as Luisa Miller, as Suor Angelica and Liù in Turandot for San Francisco Opera, and sang her first performances as Anna in Rossini’s Maometto II with The Santa Fe Opera, in a new production by David Alden.

On the concert stage, Ms. Crocetto has sung Verdi’s Requiem with Riccardo Muti and the Chicago Symphony Orchestra, with the Los Angeles Philharmonic under Gustavo Dudamel, and also with the Calgary Philharmonic, the Columbus Symphony and Albany Symphony. She sang Beethoven’s Symphony No. 9 with Rafael Frühbeck de Burgos and the Los Angeles Philharmonic at The Hollywood Bowl, Pergolesi’s Stabat Mater in concert with San Francisco Opera and Nicola Luisotti, and Mahler’s Symphony No. 2 “Resurrection” at the Grand Tetons Music Festival with Donald Runnicles. She returned to her hometown for a gala concert of opera and musical theatre with the Adrian Symphony Orchestra, and was featured in a gala opera concert with the Toronto Symphony. She was presented in a Schwabacher Recital for the San Francisco Opera and sang Handel’s Messiah in Anchorage.

Leah Crocetto represented the United States at the BBC Cardiff Singer of the World Competition, where she was a finalist in the Song Competition. She is a Grand Finals Winner of the Metropolitan Opera National Council Auditions and was the First Place Winner, People’s Choice and the Spanish Prize Winner of the José Iturbi International Music Competition, and winner of the Bel Canto Foundation competition. A former Adler fellow at San Francisco Opera, Ms. Crocetto appears frequently with the company.

Ms. Crocetto holds degrees from Siena Heights University in acting performance and Moody Bible Institute in vocal studies. She was a participant in the Sarasota Opera Apprentice Artists Program where she appeared in Le nozze di Figaro and in La Rondine. She was a member of San Francisco Opera’s Merola Opera Program, where she performed scenes from Manon, Don Pasquale and sang the roles of two Verdi heroines, Luisa Miller and Leonora in Il trovatore on the Grand Finale Concert. Of this performance, San Francisco Chronicle said Crocetto has a “powerful Verdi voice and formidable precision technique, and intensity that amplifies an already huge voice, and an innate, irresistible musicality.” San Francisco Classical voice said, “In thirty years of exciting discoveries, listening to each group of Merolini for the first time, I have never experienced a singer as complete and awesome as Crocetto.”

Among future engagements, Don Carlo in Dallas, Norma in Pittsburgh, Aida in Sydney. 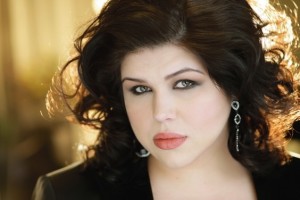